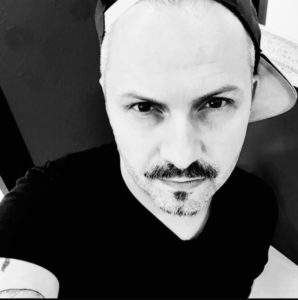 Roger Massimo was born and raised in Switzerland.

The multitalent with gold and platinum honorings plays a big variety of instruments and can use his musicalskills in the most different style directions for a musicproductionof A-Z straight. With more than 500 live concerts and countless Studio insertsplayed all around theworld, composed and he produced on more than 60 albums for artists like Jennifer Paige, Tiffany Trump, Prince, DMX, Tarja Turunen, Aura Dione, Frankie goes to Hollywood and many more.

Guitars and/or Bass for (Auszug)

Go to Top
We use cookies to ensure that we give you the best experience on our website. If you continue to use this site we will assume that you are happy with it.OkPrivacy policy