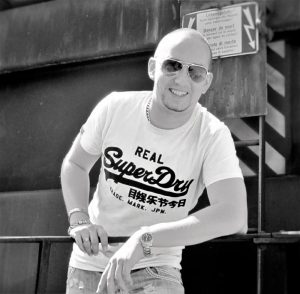 Ben Mühlethaler is a multiple gold and platinum award winner, excellent composer, mixer, remixer and producer. For the Last 17 years he has worked with and for artists such as Avesta, Aura Dione, Craig David, Jennifer Paige, Jamie Lewis, Müslüm, Manu-L, Prince, Remady, Seven, Tarja Turunen, Todd Terry and many more.

Already at the age of 8 years he began with classical piano lessons and at the age of 14 his interest in the world of recording and composing started to be an essential part of his life. A couple of years later in 1999, he opened his first professional recording studio in Bern, Switzerland.

Today he is the owner of the B-Note Entertainment LTD(founded in 2000) and has reached more than 600 releases during the last years. His work is published by SonyATV/EMI Germany. 2001, he had his first clubhit (including Remady ft. Tylene „Groovething “) and did a few excursions in to the pop/rock genre (as an example Tarja Turunen), and into film music (“World on fire” and the Oscar nominated short film “On the line”) After some initial successes, he had a huge breakthrough with”No Superstar” -Remady. Top ten chart in France, Gold in Denmark, as well as gold and platinum in Switzerland. With Remady ft. Manu-L “Give me a sign” the next Gold Single (Switzerland) followed rightaway, and also made it intot he Top 10 in France. The tracks Remady ft. Craig David „Do it on my own“ and Remady “The way we are” were on heavy rotation throughout Europe.

In 2011 followed the collaboration with Aura Dione. The track “Where The Wild Roses Grow”, is to be heard on the album “Dinosaurs”. Together with Laidback Luke , Ben and Avesta (2011) released the song “Dutchano”. Already their 2nd track “Arena” is released by none other than Tiesto. The track is being supported and played by the biggest DJs of today (David Guetta, Benny Benassi, Tiesto and many more)

2012 should be the most successful year so far for Ben. Remady& Manu-L ft. J-Son “Single Ladies”, manages a highly successful first single for the hit album “The Original”. Within a few weeks the single was awarded gold, and double platinumin Switzerland and was on numeber one for over a month, At the Eska Music Awards in Poland, the single is nominated for the “largest international Hit ” and also the chartpositions are convincing. (Austria, Germany, France, Poland). The album “the original” entered the swisscharts from 0 to 3 and gets a gold award.
Also with musiccomedian “Müslüm” Ben succeeds again to crack the charts. The single “Süpervitamin” comes from Top Ten and was awarded gold and the eponymous album “Süpervitamin” enters the charts from 0 to 3. The international clubbanger-remixes alongside Remady “Girls Just WannaHave Fun” by Shaggy Feat. Eve, „Kick Start“ and „Endless Summer“ from Oceana (Official EURO UEFA Song 2012) belong to the Highlights of 2012.
In 2013 Ben mixes among others productions by Prince and 3rdEyeGirl,at the legendary Paisley Park Studios in the US.
Also Remady& Manu-L ‚s “Hollidays” is another summerhit: Double Platinum in Switzerland. With the highest chartentry the three ever had! From 0 directly to Nr. 5.

In 2014 Ben works on the next albums for Seven, Müslüm and the debut album by David Charles. With Avesta he released some Club-Bangers in 2014. Anotherproject is his collaboration with Juli Lee, they are working on their ownsound in the house genre and could already proof their talent as remixer for artists like Todd Terry and releases „Welldone Music“, „Caballero Records“.

For Ben nothing is stronger than Music – music is his expression. When words fail Music speaks!